The vast majority of manuscripts are bi-lingual texts in Pali and Northern Thai. Other vernacular languages found (mostly in bi-lingual Pali-vernacular texts) are Tai Yai, Tai Lue, Tai Khuen, Lao, Burmese, and Thai. A considerable number of texts, including the oldest dated texts, are in monolingual Pali. The Pali used often diverges from the orthodox form of the language, such as laid down Kaccāyana’s grammar, and in bilingual texts, the vernacular can provide important information about local understanding or interpretation of the Pali.

‘Monolingual Pali’ was used as a manuscript category in the Preservation of Northern Thai Manuscripts Project. In the digital library, ‘Monolingual Pali’ is found under Languages, and all texts which previously had PNTMP Category 04 have been assigned new categories.

See the written resources and links below for related resources.

The majority of manuscripts in the collection are written in the Tham Lan Na, Tham Khuen, Tham Lue, and Tham Lao variants of the Tham or Dhamma script. Others are in the Shan, Burmese, Thai, and Khom scripts, and in Thai Nithet (an ancient secular Northern Thai script). All of these can be traced to South Indian writing systems which were adapted for writing Pali and vernacular languages in Southeast Asia.

The Tham script shows a strong similarity to the Mon script used in inscriptions in the ancient Mon kingdom of Haripuñjaya (present-day Lamphun Province of Northern Thailand), dating from the 13th century CE. The oldest dated document using the Tham script, from CE 1376, is a bilingual inscription on a gold folio discovered in Sukhothai, containing one line of Pali language, while the vernacular is in Sukhothai Siamese language and script. The Tham script was adapted for the writing of vernacular languages not later than the 15th century CE, most probably in Chiang Mai, from where it spread to neighbouring Tai-Lao kingdoms. The oldest known dated manuscript using Tham script is a monolingual Pali copy of Tiṁsati nipāta, a section of the Jātaka-aṭṭhakathā-vaṇṇanā, from CS 833 or CE 1471, kept at Wat Lai Hin, Amphoe Ko Kha, Lampang Province, in Northern Thailand. Images of this manuscript are available in the digital library.

The Lan Na, Lao, Tai Lue and Tai Khuen versions of the Tham script are very similar. Characteristic features of these scripts are that the inventory of 33 consonants is in concordance with that of the Pali language, and that the second components of consonant clusters are written beneath the first. Likewise, most syllable-final consonants in vernacular texts are written beneath the preceding vowel symbol. The form of some of these subscript consonant symbols differs considerably from the standard symbol. In contrast to the modern Thai and Lao alphabets, the Tham scripts use special ‘independent’ symbols for syllable-initial vowels in Pali texts. Another special feature is the use of various ligatures and abridged forms of certain frequently used terms.

The Khom script is also considered to have developed from South Indian sources, but independently from the Mon script. It was rarely used for writing Buddhist texts and other treatises in Northern Thailand. Like the Tham script, it contains the full inventory of consonants in concordance with the Pali language, and uses subscript consonant symbols, as well as ‘independent’ symbols for syllable-initial vowels. Additional consonant and vowel symbols are used for writing the Thai and Lao languages.

The digital library also contains manuscripts in the Shan, Burmese, and Standard Thai scripts, and a small number in the Thai Nithet script, which was used for classical Lan Na poetic works until the 19th century.

See the written resources and links below for related resources.

Titles of texts are given in full as found in the manuscript images, including orthographic variants and ancillary terms, etc. Any discrepancies between the title used in the digital library and the title identified in previous surveys are noted under Remarks in the Details dropdown box when viewing manuscript images. If a title cannot be identified, the text is catalogued as Untitled, with any previous survey title given in parentheses.

In order to facilitate search, Title Search terms provided at the top of the Search Page are simplified to contain only the main elements of actual titles (without orthographic variants or ancillary terms), and are the commonly used Thai rendering of these terms rather than Northern Thai. As a result, Title Search terms are generally based on the historical Sanskrit value of the consonants, whereas the Tham script orthographies used on the manuscripts generally reflect the Pali phonology.

See below for details of the rendering of Northern Thai and other language titles in Standard Thai script and of Romanisation.

Use of Standard Thai

In order to preserve the historical linguistic evidence found in the texts, Northern Thai titles are rendered in Standard Thai script according to the system used in the Photcananukrom Lanna-Thai by Prof. Udom Roongruangsri, published by Chiang Mai University in 2004 (Second Edition). This system was developed and has been used in the MA Degree course in Lan Na language and literature at Chiang Mai University since 1986.

Other than the differences between tones in Northern Thai and Standard Thai, key points to note in the use of this system are:

Tai Lue, Tai Khuen and Lao titles are rendered in Standard Thai using the same system, without representing the monophthongisation of historical dipthongs or other changes in the quality and length of certain vowels, etc.

Title Search terms, locations, and other Thai language data is generally romanised according to the Royal Thai General System of Transcription (RTGS), with the exception that the syllable initial consonant represented by ‘จ’ in Thai is written as ‘c’, not as ‘ch.’ This simple Romanisation system, which does not indicate tones or differentiate short and long vowels, is preferable to a more complex but linguistically more accurate system as a means to facilitate search and access to images of the primary sources.

Northern Thai titles as found in the manuscript images are romanised by adapting the RTGS to reflect the pronunciation of Northern Thai phonemes, i.e. as rendered in Standard Thai script according to the system used in the Photcananukrom Lanna-Thai. See ‘Use of Standard Thai’ above for examples of phonemes where the romanisation differs from that expected using the RTGS for Standard Thai.

Titles in other languages are generally also romanised by adapting the RTGS to reflect the pronunciation of the language.

Monolingual Pali titles as found in the manuscript images are romanised according to the standard system used in the Critical Pali Dictionary (CPD). 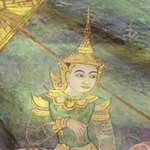 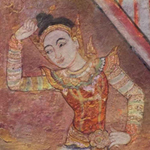 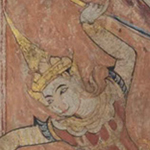 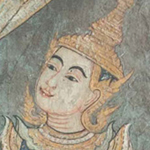 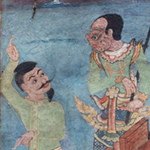 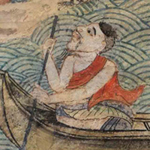 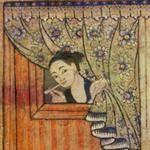